John-Carlo Vijuan
Having cut his teeth in the writing game at WhatifGaming, Jae has turned his attention to writing about his most beloved genre, RPGs. Jae is a huge fan of the Bloodborne series, and this love has inspired him to play other games in the FromSoft catalog, and he's been following the Assassin's Creed series since its inception.

So you want to grind and level your character to the max in Bloodborne to alleviate the game’s difficulty? Oh boy, do I have some bad news for you. Although leveling up will yield easier runs through lower leveled areas, there’s a thing in Bloodborne called “Soft Caps” and “Hard Caps.”

In this article, we will be tackling these topics. What’s the difference between soft caps and hard caps? Why should you care about these factors? Without further ado, let’s get to it.

Bottom Line Upfront: Soft and Hard Caps are the points of diminishing returns in the stats present in Bloodborne.

What Are Soft Caps?

Soft caps are certain thresholds wherein you’ll get less return for every stat that you put into that category. An example of this is in the statistic called vitality; if you level up the vitality from the very beginning, once you hit 30 points in vitality, every point added on top of that will yield diminishing returns.

To put this into perspective, let’s have a theoretical analysis here. Let’s assume that you start with 100 HP and increase your vitality stat. You gain an additional 20 HP per point until you reach the soft cap 30. Once you reach the soft cap of 30, instead of gaining an extra 20 hp per point, you instead get 15, 14, 13, 12, and so forth.

With that explanation, we can conclude that soft caps are the point wherein diminishing returns start.

What Are Hard Caps?

Hard caps are much worse penalties or harsher diminishing returns than soft caps. Let’s retake the vitality example and put it into the context of hard cap.

In soft cap, you’re still getting at least a reasonable amount of returns per added point to the vitality. However, upon reaching the hard cap, you get much less than what you’re investing for the stat.

Instead of getting 15 points after reaching the hard cap of 50 for vitality, theoretically, you’d only get five hp per added stat. These much lower diminishing returns continue up until you’re getting almost nothing out of the added stat.

Hopefully, this explanation can help you differentiate between soft and hard caps.

Soft Caps and Hard Caps Per Stats in Bloodborne 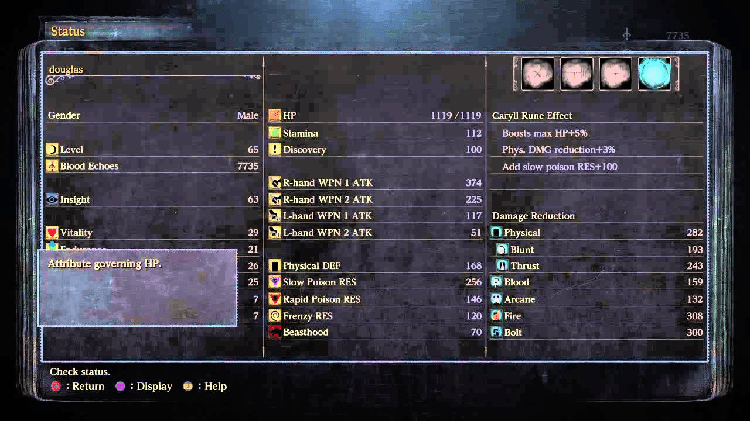 There are actually two soft caps in Bloodborne, and you’ll even get a steeper drop-off after you hit the second soft cap. Here are the soft caps per stats.

So what’s the point of knowing this information? Well, usually in FromSoft games, there’s usually a meta-level for PVP.

The usual level would be 120, may it be from a Dark Souls game and even in Bloodborne. With the soft and hard cap knowledge in mind, you can then plan out your successful stat allocation depending on the build that you’re going for when venturing into the world of PVP.

Soft Caps and Hard Caps in Other SoulsBorne Games

Other SoulsBorne games have soft and hard caps as well. This also includes Sekiro, however, for Sekiro there is no concrete data besides user-provided data like this one on Reddit.

Here’s a quick rundown on Soft and Hard caps for other SoulsBorne games.

Bloodborne Stats and Their Effects

Before we get to the builds, we first have to establish our knowledge of each of your character’s stats in Bloodborne. How does it affect your character, what are the perks of allocating points to that stat, so on and so forth. 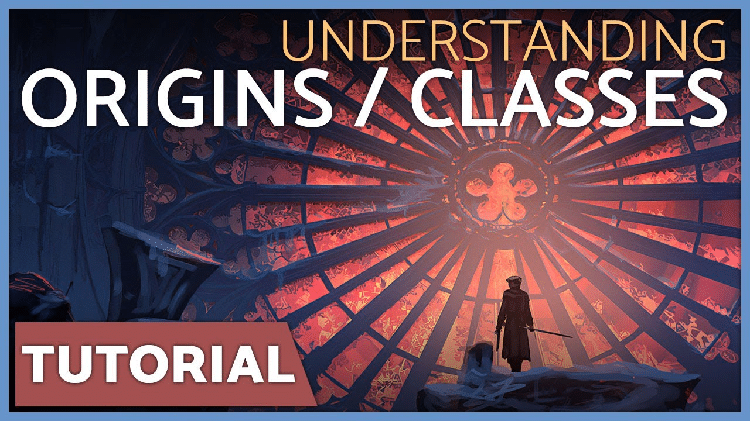 Origin is like a class system in Bloodborne. It determines a preset of stats for your starting character, so choose wisely as this can affect the overall versatility of your character. There are nine available origins to start within Bloodborne.

A starting class that offers an emphasis on being a physical DPS with high vitality, strength, endurance, and skill. Its main drawback would be a low starting bloodtinge and arcane.

Much like the name suggests, this class offers higher survivability with the focus on vitality, good endurance, strength, and skill but with a low bloodtinge and arcane.

A class that offers a higher number of early game actions due to high endurance, plus the ability to wield fast weapons with its high starting skill stat. It has a decent vitality, strength, and arcane; however, your firearms may have low starting damage due to the class’s low bloodtinge.

This class offers a very high starting strength with great starting vitality, endurance, and average skill stat, but with a very low bloodtinge and arcane. 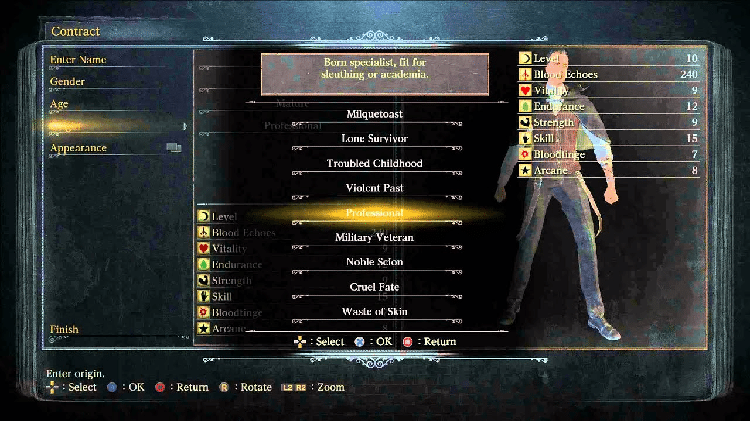 The professional class screams for high mobility and agility during combat with its high starting skill and decent endurance. However, it does have mediocre vitality and strength, low bloodtinge, and arcane with an even lower starting blood echo.

It is a flexible class that offers high strength and skill, decent vitality, endurance, and blood echoes; however, it does not have a good level of bloodtinge and arcane.

Noble Scion is a class that has decent starting damage with firearms due to its high bloodtinge, a high amount of blood echoes, great starting skill stat. However, its mediocre strength and arcane holds this class back.

Cruel Fate is the go-to class if you want to go with a mage/cleric/wizard build in bloodborne. It has high arcane stats, decent starting blood echoes, endurance, good vitality, and strength. These perks have cons, such as mediocre strength and atrociously low bloodtinge.

Waste of Skin is one of the best starting classes in Bloodborne. I always go for this class in FromSoft games because of the sheer flexibility for various builds that you can go for even if you respec your character.

Although you may have a much more challenging early game than any other class, the late game potential of this class is immensely high. 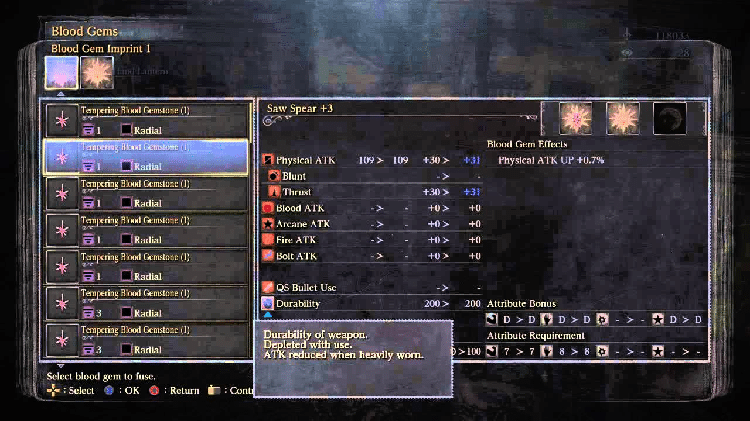 First and foremost, we start with this list of builds; we would like to thank the YouTubers who put in a lot of effort in showcasing their builds. Unfortunately, I couldn’t share what build I had because I have not played Bloodborne since Sekiro came out.

Regardless, here are some of the fun and recommended builds for Bloodborne.

Here are his distributions for stats.

This build is a great all-around build for the Military Veteran class. Its primary purpose would be for the PVP side of things; however, given that this is already a blood level 120 build, you can easily breeze through the game bosses with this setup.

For more information on this build, check out this video on ZOXTheGamer.

The Bloodstained Wanderer Build By FightinCowboy

Here are his distributions for stats.

This build is incredible for PVP/PVE; with the stats scaling to the Chikage and especially the Evelyn firearm, you’ll be sure to do tons of damage to your enemy. However, do keep in mind if you choose to transform the Chikage, it will drain your HP, and it may kill you if you’re not careful.

Utilize the transformation of the Chikage properly, and you’ll be sure to destroy unsuspecting invaders with this build. Also, this build pushes the soft cap of the bloodtinge to 50, ensuring that it maximizes every ounce of damage it can squeeze out of the Evelyn and the Chikage.

Here’s a video that further explains this build, along with a demonstration in PVE and PVP.

Question: How Do You Survive More In Bloodborne?

Answer: In Bloodborne, you can either survive by pumping the vitality to the max soft cap of 50, or you can learn the moveset of each monster and dodge accordingly to their actions. I would suggest that if you’re getting one-shot by enemies, then pump up your vitality a bit.

Come back to the enemies and try them out again; with that strategy, you’d at least be able to tank a few more shots and open up a room for a bit more mistakes. This strat is perfect for beginners in FromSoft games; however, I would not recommend this strategy for veterans in the game.

Answer: Since I played both Dark Souls and Bloodborne, I would say both are great games, but Bloodborne takes the cake for me.

This decision came down between the fluidity of combat and Bloodborne brought a particular engagement to me while I was playing it. The world of Bloodborne is gorgeous, and so are the characters and the lore. However, Elden Ring vs. Bloodborne is a different story altogether.

Question: Who is the Hardest Boss In Bloodborne?

Answer: For me, it would be the Orphan of Kos. Do keep in mind that this opinion is from my own perspective only.

This boss is the one I have had the most challenging time dealing with; the complex moveset, variable timing of attacks, relentless aggression all took everything that the game taught me up until the point that I had to fight this atrocity.

It was fair that this was the final boss of the Old Hunter’s DLC since he was by far the most challenging boss I have ever faced in Bloodborne.

Hopefully, this guide helped you distinguish the difference between soft cap and hard cap in Bloodborne. Make sure to utilize these caps to optimize your build properly, and you’ll be able to create your own build from scratch now.

Father Gascoigne Guide: Where to Find & How to Defeat This Boss