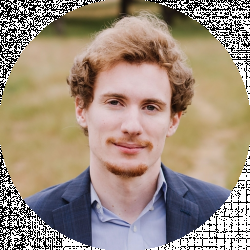 JT Hussey
JT was playing video games before he could talk. He’s all for some competitive FPS when he’s hanging out with his friends, but there isn’t any type of game JT isn’t down to try. He believes there’s no better way to tell a story or share a message with the world than through a video game.

Bloodborne’s stats are crucial to survival. A few more points in Vitality can determine whether we survive our foe’s attack next or get rendered into a fine red mist. Worse yet, Bloodborne’s lack of respec system means we’ll have to carefully build our character or risk creating a hero with the fighting power of a sewer rat.

In this Bloodborne stats guide, I’ll review the stats that govern our health, attack damage, and other characteristics. As a bonus, I’ll detail the best weapons that scale with each stat and how to find them.

Bottom Line Up Front: Invest at least 20 points in Vitality to survive powerful deathblows and challenging boss encounters. Start with a more forgiving strength/skill build, then try out arcane/bloodtinge builds on later playthroughs.

Governing the cost of a stat increase and the defense gained upon leveling up, we can increase our characters’ level by channeling blood echoes into a stat within the Hunter’s dream. While the price of the first few levels is relatively low (800-700 from levels 5-8), later levels can require hours of enemy grinding to increase.

In addition to increasing a specific stat, raising our character’s level also raises our character’s defense (approximately 3 defense per level). While this increase is rather insubstantial at first, returning to low-level areas with a high-level character renders us near invulnerable to foes, allowing us to further explore for collectibles we may have missed. I advise increasing our character level every time we have the opportunity.

The functional currency of Bloodborne, we can channel our blood echoes (level up) with the Hunter’s dream doll, purchase items from bath messengers, and fortify our weapons. While we can usually gain blood echoes from regular enemies and coldblood consumables, we tend to earn significantly more from bosses.

I generally advise returning to the Hunter’s dream once we have enough blood echoes to increase our level and spending a coldblood consumable if we’re on the cusp of reaching that mark. Dying once transfers any blood echoes on our person onto a nearby bloodstain, and failing to reach our bloodstain removes all our blood echoes for good.

Increasing Blood Echo Gain – If we equip the Heir and Moon Caryll runes, we can increase the number of blood echoes we obtain from defeating foes. While we can only equip runes after defeating the witch of Hemwick and obtaining the rune workshop tool, these tools are vital for getting an edge on high-level bosses.

Responsible for summoning allies and purchasing items, insight is a valuable resource with adverse stat impacts at higher levels. To specify, players with higher level insight shall suffer from a reduced beasthood stat and frenzy resistance, as well as buffed enemies and bosses.

Gaining Insight: Encountering and defeating bosses, consuming madman’s knowledge, and completing character questlines grant us vast amounts of insight. While these sources can seem somewhat unclear, we can pay attention to the eyeball in the top right-hand corner of the screen to see when we gain a point of insight.

Overall, I advise refraining from consuming madman’s knowledge or other items that grant insight to ward off the impacts of this complicated stat.

Spending Insight: While we generally spend it on summoning help, we can also use insight to purchase bolt paper, consumables, and chalice dungeon materials. I advise using insight instead of echoes to buy bolt paper to save yourself many echoes early on. We can defeat Darkbeast Paarl in the Hypogean Gaol to gain access to purchasing bolt paper with insight.

While these stats don’t increase the amount of damage we deal or whether we can wield specific weapons, Vitality and endurance enable us to play more aggressively and deliver more blows before exhaustion strikes.

Arguably the most crucial stat in Bloodborne, Vitality increases our max health allowing us to endure enemy blows and deliver more punishment before death. Especially with Bloodborne’s unique health system, where we have a short period to regain any health lost by dealing back damage, a high vitality stat enables us to employ more aggressive playstyles and end fights quickly.

I prioritize bringing our Vitality stat to at least 25 and then gradually sinking more points in every few levels if we’re struggling against more powerful foes. This stat has a nonlinear increase, so bringing it to 50 does us less good than getting it to 25.

One of the less critical stats, endurance impacts how long we can dodge roll or attack before stopping and our poison resistance. While previous FromSoft titles tied endurance to carry load, the lack of such a system does away with endurance’s utility in combat.

Another minor benefit of endurance is increasing our resistance to poison buildup. However, unless we’re struggling against a poison foe (Bloodstarved beast in Old Yharnam), I don’t advise putting points into this stat.

Governing our lethality in combat, attack stats enable us to wield more powerful weapons or deal more damage with weapons that scale with the associated skill. I advise specializing in a single stat build to maximize our damage in combat.

Ideal for heavy weapons users that enjoy dealing massive damage and staggering their foes, strength scales best with clubs, hammers, and swords. While this can make strength great for increasing our damage output, the high speed of combat can render this stat less useful in boss battles where we don’t have time to execute a long-winded swing.

I generally advise putting a few points into strength early on so we meet the requirement for most weapons and make the most out of our starting weapons.

Perfect for swift players that enjoy high mobility, skill scales best with bladed weapons like katanas and swords. While skill weapons generally fail to stagger foes and bosses as effectively as strength weapons, their high speed gives us more time to dodge away from high-damage attacks.

I recommend investing in skill-oriented builds if we enjoy quick combat or roleplaying as wayward samurai lost in a Victorian nightmare.

Great for ranged players and bleed builds, bloodtinge increases our ability to inflict blood damage with firearms and a select few trick weapons.

Although this skill is more nuanced than skill and strength builds, bloodtinge is fantastic for players that enjoy parrying their foes and dealing blood damage. I advise investing in bloodtinge if we prefer ranged combat over melee.

Arcane is one of the more powerful and confusing stats of Bloodborne. While only a few trick weapons require an investment in the strange stat, nearly every Hunter’s tool requires a moderate investment in arcane, and weapons modified to scale with arcane (notably Ludwig’s Holy Blade) can do massive damage.

Furthermore, investing in arcane grants us increased item discovery and access to several hunters’ tools, enabling us to cast spells and enhance our character. For players looking to become the very eldritch horrors we’ve sought to destroy, arcane is the stat for you.

Item Discovery – One of arcane’s best features is its ability to increase the drop rate and rarity of items found from foes. Putting points into arcane is an excellent method to obtain blood vials from regular enemies or beast pellets from werewolves. We can also synergize our item discovery stat with the eye rune to increase enemies’ drop rate further. Take care not to boost item discovery too much, or regular enemies may drop rarer, less useful items like shiny coins instead of blood vials.

Question: What is the Best Character Stat in Bloodborne?

Answer: Vitatility’s ability to enable more aggressive gameplay and uninhibited exploration make it arguably the strongest stat in Bloodborne. While other stats increase our attack damage, delivering uninterrupted blows with stressing over healing can make our character functionally invincible in most combat encounters.

Question: Can I Respec My Stat Levels?

Answer: No, every point we invest in our character is permanent. Building a new character means restarting the game.

Question: What is the Best Starting Class?

Answer: The lone survivor’s high Vitality makes it arguably the most potent starting class in Bloodborne. Choices for players looking to deal more damage with a slight penalty to their health should pick the class that boosts their preferred stat (Str = Violent past, Skill = Professional, Blt = Noble Scion, Arc =Cruel Fate).

Question: How do I Level up Quickly?

Answer: Farming high-level beasts with the moon and heir runes equipped can drastically increase our acquisition of blood echoes. I advise targeting the giant, axe-wielding executioners scattered throughout Yharnam to gain several blood echoes and blood vials for our trouble.

Congratulations hunter, you’re now prepared to take on the horrible beasts and eldritch denizens lurking in every corner of Yharnam. Whether we’ve built our character into a greatsword-wielding victorian knight or a tentacled occultist, we’re ready for the horrors ahead. So pick a build and grab your weapon of choice; the hunt awaits!