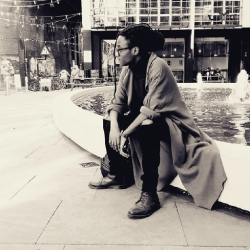 Ben Allen
Ben is our Soulsborne correspondent that takes on the crushing difficulty of FromSoft games so you don't have to. He's a master of crafting guides that will see you take on bosses like The Orphan of Kos, Malenia, Blade of Miquella and The Nameless King and live to tell the tale. However, it's not all doom and gloom when it comes to Ben's gaming habits. He's also into more whimsical games like Pokemon and Stardew Valley.

Easily one of the most iconic weapons in the Hunter’s Nightmare DLC, the Holy Moonlight Greatsword is a sword wrapped in mystery and lore; wielded by the legendary hunter of old Ludwig the Holy Blade. But unfortunately, few have seen this elegant weapon, and even fewer still have wielded it.

If you want to become a beast-slaying hunter worth your salt, you need to understand your weapon. But, who knows, maybe its brilliant moonlit rays will guide you, as they did to Ludwig, which raises the question: are you controlling the Sword, or is it controlling you?

The Benefits of Both Forms

I wouldn’t blame you if you’ve forgotten, but the Holy Moonlight Sword can change into two distinct forms, each with its movesets, making it a Trick Weapon. This legendary blade can transform into a one-handed greatsword and a two-handed greatsword; each state has its advantages and disadvantages. For example, the one-handed mode has faster and less stamina-intensive attacks at the cost of significant damage; whilst in its transformed state, the Moonlight Sword is much heavy and requires the wielder to account for its slow attack speed and stamina usage.

The Holy Moonlight Sword automatically deals Righteous damage to all enemies; this means that virtually all of the enemies in Cainhurst Castle will take extra damage from this weapon. Plus, it deals more Arcane damage than Physical, so it’s great for the rare Arcane-build characters.

You’ll want to attach some Blood Gems to your Holy Moonlight Sword, but I’d recommend not using any Fire or Bolt gems since this weapon cannot be buffed with these elements, thanks to its ties to the Arcane stat. Instead, I recommend using Triangular Blood Gems like Odd or Abyssal Nourishing ones.

How to Obtain the Holy Moonlight Sword

Knowing where the weapon is is one thing; obtaining it is another. The H.Moonlight Sword is locked behind a boss battle against Ludwig the Accursed, a notoriously tricky boss fight dwelling deep within The Hunter’s Nightmare. Even getting to the boss room, the Underground Corpse Pile, is a challenge as you’ll have to take on your share of Kin, Beasts and Blood-drunk Hunters, not to mention the various traps and ambushes lying in wait for you.

Having faced this boss myself, it seems like an impossible task at first but don’t worry, Ludwig can be quite easily defeated after you recognise his patterns. However, don’t expect to beat him on your first go; learning a boss’s attack pattern requires much trial and error.

This monstrous amalgamation has two forms, each being wildly different from the other. Below, I’ll list some strategies to employ for each phase:

In this phase, Ludwig is wholly feral and attacks wildly by thrashing his front and hind legs around; he’ll also randomly charge across the boss arena and leap high up into the air, only to come back down and deal lethal damage. He will scream before performing either of these attacks, so it gives you some time to prepare yourself:

Ludwig’s other attacks are non-descript and involve him swiping or bucking with his grafted horse limbs; you’ll almost always want to move around the boss to dodge them. Try sticking to his back and focusing on attacking a single limb since you can break them to deal more damage to him overall.

Also, note that thanks to his beastlike appearance and nature in this phase, using a Serrated weapon such as the Saw Cleaver will deal additional damage to Ludwig.

This phase is the one that ruins most runs. Just getting past the first phase is a grand achievement, but Ludwig’s second phase is an entirely different beast altogether (No pun intended)

This boss has a distinct fighting style with several more sword slashes and ranged Arcane blasts than his previous iteration. Aside from an upgrade to his range and being able to stunlock you with his Sword, there are two attacks you’ll have to be especially careful to look out for:

Also, note that in this phase, Serrated weapons will no longer deal additional damage since it appears that Ludwig has rekindled some level of his humanity.

After finally toppling Ludwig, you’ll find his disembodied head lying in the corner of the boss room. From here, you have three options:

So you want to know the most efficient way of using the Holy Moonlight Sword? I can’t say I blame you; very few can use it reliably, and in a world where you can use easier-to-understand Trick Weapons, many hunters simply don’t bother to learn.

Now, depending on your Blood Level, you can utilize several different sets revolving around the Holy Moonlight Sword; maybe you want to use it as a secondary weapon instead of a primary one, or perhaps you’re planning on using a classic Arcane build, complete with various spells?

As the name suggests, this somewhat popular build focuses entirely on using Arcane spells. Enemies, whilst the H.Moonlight Sword is a component in this build, you’ll rarely be swinging it as it will be primarily Arcane spells dealing the damage. The Sword’s signature attack will be a trustworthy and reliable source of damage for you, so you’ll always want to be the weapon two-handing.

Whilst you’ll do relatively low physical damage, if you time and position yourself correctly, the beams from the H.Moonlignt Sword will be able to topple most enemies, especially the ones that move in packs and gang up on you.

Just make sure you have enough Quicksilver Bullets on hand and give yourself enough time to properly ready your spells.

Yes, you read that right.

An Arcane build that doesn’t use any Arcane-based attacks?

This builds essentially turns the Holy Moonlight Sword into an entirely physical weapon. Any spells you use will deal no damage, and even the H.Moonlight Sword’s signature attack will become extremely weak. This build simply relies on your ability to hit things.

This set is nice, however, since it doesn’t rely on you using the Sword’s special attack, so you’re free to switch its form whenever you want since either one will deal substantial damage. The only downside to this build is that you’re locked into using massive Trick Weapons, so you won’t be darting around the battlefield or blasting your enemies from afar.

But let’s be honest, there are few things more satisfying than hitting someone with a massive greatsword.

Not everybody has the tenacity and stubbornness to take on Ludwig, or maybe you simply dislike using swords. In any case, there are still some other options for you if you’d rather ignore the alluring whispers of the Holy Moonlight Sword:

Quite literally, the disembodied arm of a particularly-unfortunate Amgyldala. While one of the best Strength weapons in Bloodborne, it also scales pretty well with the Arcane stat. Thanks to this, it’s perfect for physical, close-range Arcane users who haven’t got their hands on the Holy Moonlight Sword.

This unique weapon is the only weapon to rival the Holy Moonlight Sword in terms of being the most potent Arcane Weapon in Bloodborne. Since it deals solely Arcane damage, it scales extremely well with the stat and grants the user access to a new, more powerful moveset if they equip the proper Caryll Rune.

The only downside to this weapon is that you must defeat arguably one of the most challenging Fromsoft bosses ever created, The Orphan of Kos. On top of this, to draw out this weapon’s true potential, you must give up one of your precious Caryll Rune slots.

Once again, Ludwig graces us with another of his weapons.

This Sword is capable of becoming a shortsword and a greatsword at will. On top of this, you can obtain quite early on in the game, and it scales well with the Arcane stat, making it the perfect early game Arcane-build weapon. Although it can’t fire beams of light like the Holy Moonlight Sword, it’s a solid, comfortable choice until you can get it.

Also, there’s something so poetic about slaying the Accursed Ludwig with one of his own weapons.

Other Appearances of The Holy Moonlight Sword

As you may already know, the Holy Moonlight Sword is a long-time favorite in the Soulsborne franchise. It constantly reappears whenever Fromsoft releases a new game, with a few exceptions. Despite consistently being the same Sword from a gameplay perspective, the H.Moonlight’s name and design do change slightly with each iteration it’s in:

Question: Should I Respec my Character to Use the Holy Moonlight Sword?

Answer: I’d say no unless you plan on respecting to make an Arcane build. I feel like using such a powerful Arcane weapon when you aren’t primarily an Arcane character will stifle the true potential of the H.Moonlight Sword.

Question: Should I Always use the Holy Moonlight Sword in its Transformed State?

Answer: I’d advise you not to use any particular form of a Trick Weapon. Doing so limits the amount of damage you can do and how quickly you adapt to different and abrupt situations. Instead, I’d recommend switching between the two forms as much as possible.

Answer: It’s definitely up there, that’s for sure. But to call it the very best is a stretch. There are so many different types of unique two-handed weapons in Bloodborne that it would be wrong to call the H.Moonlight the best out of all of them.

How Long is Bloodborne?